It’s time to start improving the particle code and push more pixels to the screen! So far, the system is capable to animate and do some basic rendering with OpenGL. I’ve shown you even some nice pictures and movies… but how many particles can it hold? What is the performance? Is it that bad? What are the hot spots and bottlenecks? We need to figure that out in the first place!

Read more to get some theory behind the optimization process and how to apply this to our particle system example.

As a software/game developer you, usually, want more and more… of everything actually! More pixels, more triangles, more FPS, more objects on the screen, bots, monsters. Unfortunately you don’t have endless resources and you end up with some compromises. The optimization process can help in reduction of performance bottlenecks and it may free some available powers hidden in the code.

Optimization shouldn’t be based on random guesses: “oh, I think, if I rewrite this code to SIMD, the game will run a bit faster”. How do you know that “this code” makes some real performance problems? Is investing there a good option? Will it pay off? It would be nice to have some clear guide, a direction.

In order to get some better understanding what to improved, you need to detect a base line of the system/game. In other words, you need to measure current state of the system and find hot spots and bottlenecks. Then think about factors you would like to improve…. and then… start optimizing the code! Such process might not be perfect, but at least you will minimize potential errors and maximize the outcome.

Of course, the process will not be finished with only one iteration. Every time you make a change, the process starts from the beginning. Do one small step at a time. Iteratively.

At the end your game/app should still work (without new bugs, hopefully) and it should run X times faster. The factor X, can be even measured accurately, if you do the optimization right.

According to this and this book, the process should look like this:

The whole process should not start after the whole implementation (when usually there is no time to do it), but should be executed during the project’s time. In case of our particle system I tried to think about possible improvements up front.

Having a good benchmark is a crucial thing. If you do it wrong then the whole optimization process can be even a waste of time.

From The Software Optimization Cookbook book:

The benchmark is the program or process used to:

The core and required attributes: 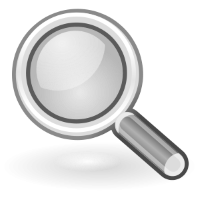 When you run your benchmark you will get some output. You can also run profiling tools and get more detailed results of how the application is performing.

But, having data is one, but actually, it is more important to understand it, analyze and have good conclusion. You need to find a problem that blocks the application from running at full speed.

This part maybe the hardest. In a simple system it is easy to see a problem, but in a large scale software it can be quite tough. Sometimes it can be only one small function, or the whole design, or some algorithm used.

Usually it is better to use top down approach. For example:

Your framerate is too low. Measure your CPU/GPU utilization. Then go to CPU or GPU side. If CPU: think about your main subsystems: is this a animation module, AI, physics? Or maybe your driver cannot process so many draw calls? If GPU: vertex or fragment bound… Go down to the details. 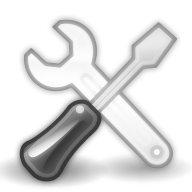 Now the fun part! Improve something and the application should work better :)

What you can improve:

One note: Instead of rewriting everything to Assembler use you tools first. Today compilers are powerful optimizers as well. Another issue here is portability: one trick might not work on another platform.

After you make a change test how the system behaves. Did you get 50% of the speed increase? Or maybe it is even slower?

Beside performance testing, please make sure you are not breaking anything! I know that making system 10% faster is nice, but your boss will not be happy if, thanks to this improvement, you introduce several hard-to-find bugs! 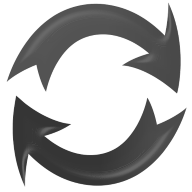 After you are sure everything works even better than before… just run your bechmark and repeat the process. It is better if you make a small, simple steps, rather than big, but complex. With smaller moves it is harder to make a mistake. Additionally, it is easy to revert the changes.

Below a list of professional tools that can help:

I probably do not need to write this… but the more you automate the easiest your job will be.

This rule apply, nowadays, to almost everything: testing, setup of application, running the application, etc.

The above process sounds very ‘professional’ and ‘boring’. There is also another factor that plays important role when optimizing the code: just have fun!

You want to make mistakes, you want to guess what to optimize and you want to learn new things. In the end, you will still get some new experience (even if you optimized a wrong method).

You might not have enough time for this at your day job, but what about some hobby project?

The more experience with the optimization process you have, the faster your code can run. 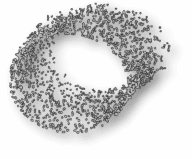 So far, we’ve covered some theory and basic stuff. Now let’s apply this knowledge to our particle system case.

Particle System is only a small subsystem usually found in a game engine. In our system computation happens on the CPU side only so we do not have to measure GPU/CPU utilization in this case. For the sake of simplicity, we can now focus on the CPU part only.

Additionally, since the system is relatively small, we can focus on micro level optimizations primarily! In other words, we can think only about code hacks :) I, of course, assume, that my design of the system is the best. No need to change it :)

I’ve got two apps for tests: one - three particle effects (“3effects”). And the second is CpuTest.

I think, this set of effects can show most of system weaknesses. Focusing only on one effect might be misleading.

The apps share all the particle code, but the differ in rendering. 3effects uses OpenGL renderer and it is a nice interactive visualization. This application might be used to measure also the GPU performance (maybe in the future).

cpuTest focuses only on CPU part. It uses fake OpenGL renderer. That way I could use all the effects code without changing any line of the code!

Here is the main piece of code (simplified a bit):

If we run this test we can get the following output:

for instance, for 11000 particles, the attractors effects needs 6249 microseconds to do 200 frames of animation.

The attractor effect is quite heavy. One of the hot spots is located in AttractorUpdater::update(double dt, ParticleData *p).

Additionally, from the 3effects application I have those numbers:

Fps count is also influenced by draw calls efficiency and gpu buffers update. For instance, it seems, there is some bottleneck when particle count is between 400k and 300k for fountain effect.

It seems that achieving 1 million of particle and 60 fps (or at least 45) will be a big challenge.

What to improve in the system

Not so bad for just a little logic tweaks. Maybe you can spot something else?

This are just random hits and, as you see, we did not get huuuge performance improvement. For more we need to dig deeper.

Maybe there are some options available in the compiler (Visual Studio 2013 in my case) that can boost performance a bit? I will write about this in the next post.

Computation can be speed up using SIMD instruction. In the initial version, most of the time only scalar operations are used. There will be also a dedicated post about this topic.

Probably, we could also go into concurrency and use some more threads to compute more particles. But, for now, I want to optimize on one thread only.

Another thing is related to the rendering. We need to look at GPU buffers update efficiency and memory transfer… as well as draw calls.

In this part we’ve made a few, but important, steps. We have the theory covered, the working benchmark and we identified some potential problems in the system. Having this information we can move forward and focus on the improvements. Next time I will write about compiler optimization - maybe, without changing code we can increase the speed.