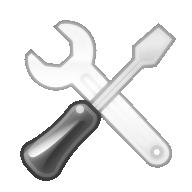 In this post I will test several compiler options and switches that could make the particle system run faster.

Read more to see how I’ve reached around 20% of performance improvement!

We are starting with those numbers (Core i5 Sandy Bridge):

The above results come from running 200 ‘frames’ of particle system’s update method. No rendering, only CPU work. count means number of particles in a given system. You can read more about this benchmark in the previous post.

And the Visual Studio configuration:

Of course, we are interested in making the above results faster. Also, I am wondering what Visual Studio’s compiler options give potential performance improvements.

By default Visual Studio uses /fp:precise floating-point semantics mode. It produces quite fast, but safe and accurate results. All calculations are done in the highest available precision. The compiler can reorder instructions, but only when it does not change the final value.

In particle system simulation we do not need so much precision. This is not a complex and accurate physics simulation, so we could trade precision for performance. We use floats only and small errors usually won’t be visible.

By using fp:fast compiler relaxes its rules so that more optimization can be applied automatically by the compiler. Computation will be performed in, usually, lower resolution, so we do not lose time on casting from and to 80-bit precision. Additionally, the compiler can reorder instructions - even if it changes the final result a bit.

By switching from fp:precise to fp:fast I got the following results:

Since SIMD instructions are available for a quite long time it would be wise to use those options as well. According to wiki:

Unfortunately in my case, adding /arch:SSE2 does not make difference. It appe

But when I’ve used /arch:avx the timings were a bit better:

This time this is around 20% of improvement on Sandy Bridge and around 15% on Ivy Bridge. Of course, /fp:fast is also enabled.

BTW: When I used /arch:AVX2 the application crashed :)

Hmm… but what about auto vectorization and auto parallelization? Maybe it could help? Why not use those powerful features as well? In fact, it would be better to rely on the compiler that should do the most of the job, instead of manually rewriting the code.

In Visual Studio (since VS 2012) there are two important options /Qvec and /Qpar. Those options should, as names suggest, automatically use vector instructions and distribute tasks among other cores.

I do not have much experience using those switches, but in my case they simply do not work and I got no performance improvement.

To know what is going on with `auto’ switches you have to use /Qvec-report and /Qpar-report additional compiler options. Then, the compiler will show what loops were vectorized or parallelized, or in which places it had problems. On MSDN there is a whole page that describes all the possible issues that can block ‘auto’ features.

Definitely, I need to look closer to those ‘auto’ powerful features and figure out how to use them properly.

BTW: What is the difference between auto vectorization and enable enhanced instruction set options?

Although compiling the full particle demo (graphics) in a different compiler would be quite problematic, there is no such problem with ‘cpuTest’. This benchmark is only a simple console application, so I’ve managed to rebuilt it using GCC (minGW version). Here are the results:

Wrap up & What’s Next

This was quite fast: I’ve tested several Visual Studio compiler switches and it appeared that only floating point mode and enhanced instruction set options improved the performance in a visible way.

In the end there is around 20% of speed up (for Sandy Bridge), 15% for Ivy Bridge. This is definitely not a huge factor, but still quite nice. It was only several clicks of the mouse! ;)

Question: Do you know other useful Visual Studio/GCC compiler options that could help in this case?

Next time, I will try to show how to further improve the performance by using SIMD instructions. By rewriting some of the critical code parts we can utilize even more of the CPU power.

Just for an experiment, it would be nice to compile the code with gcc or clang and compare the results. Or use also a different CPU. If you want to help here is the repository here on github and if you have the timings please let me know.

The easiest way is to download exe files (should be virus-free, but please double check!) and save the results to a txt file.