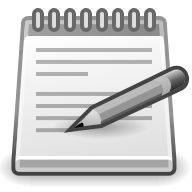 Have you been at Cpp Con this year?

I haven’t, but still I plan to watch some good C++ talks. Can you help me a bit and add your notes?

Cpp Con 2017 is over and recently the videos from the talks started to appear. It’s a good time to refresh the knowledge about C++ and learn something new. I am especially interested in talks about new things, industry problems and experience with using C++ in production.

I am using open repository to collect notes, so just follow: github/fenbf/cppcon2017_notes. Submit your changes so we can make a larger collaborative post.

First of all here are the official links:

And some of the trip reports:

Here’s a list of talks with a summary and they key points (to be updated!)

Matt Godbolt “What Has My Compiler Done for Me Lately? Unbolting the Compiler’s Lid”

CppCon 2017: Matt Godbolt “What Has My Compiler Done for Me Lately? Unbolting the Compiler’s Lid”

At the beginning of the talk, Herb Sutter smartly “smuggled” very interesting concept of “Consistent comparison” in C++ which details you can find in proposal material P0515 R0.

Main part was based on C++ static reflection – many links about this topic you can find on
Jens Weller site. Herb shown how C++ can be easily extended using meta-classes that introduce another kind of abstraction. That was announcement of great changes that will come in near future.

Carl Cook “When a Microsecond Is an Eternity: High Performance Trading Systems in C++”

CppCon 2017: Carl Cook “When a Microsecond Is an Eternity: High Performance Trading Systems in C++”

Do you have notes from other talks? Just fork the repository and send me a pull request! :)