Writing multithreaded code is hard. You want to utilize all of the machine’s processing power, keep code simple and avoid data races at the same time. Let’s see how C++17 can make writing parallel code a bit easier. Intro With C++11⁄14 we’ve finally got threading into the standard library. You can now create std::thread and not just depend on third party libraries or a system API.

Let’s continue with the topic of packing boolean arrays into bits. Last time I’ve shown a basic - single threaded version of this ‘super’ advanced algorithm. By using more independent variables, we could speed things up and go even faster than no packing version! We’ve also used std::vector and std::bitset.

It’s time to start improving the particle code and push more pixels to the screen! So far, the system is capable to animate and do some basic rendering with OpenGL. I’ve shown you even some nice pictures and movies… but how many particles can it hold? What is the performance? 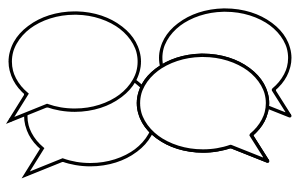 Just a quick summary of a great presentation from Build 2014 called Native Code Performance on Modern CPUs: A Changing Landscape. The presenter Eric Brumer (from Visual C++ Compiler Team) talked, in quite unique way, about deep down details of code optimizations. Why it is better to use compiler to do the hard work.

Particle systems are awesome! Not only can you create amazing effects, but you can also optimize code and push even more and more pixels to the screen. This post series will cover how to design a flexible particle system and apply a bunch of optimizations to run it faster. Flexible means that it can be used in real applications and for a variety of graphics effects.