In C++20, we have a new and cool way to do text formatting. It’s more like Python style and combines C-Style printf and with modern C++ type-safety. In this guest post written by the author of the proposal - Victor Zverovich - you’ll learn how to use this new technique!

Victor is a software engineer at Facebook working on the Thrift RPC framework and the author of the popular {fmt} library, a subset of which is proposed into C++20 as a new formatting facility. He is passionate about open-source software, designing good APIs, and science fiction.You can find Victor online on Twitter, StackOverflow, and GitHub.

Victor originally wrote that blog post for Fluent C++, but this one is heavily updated with the information about C++20.

(with apologies to Stanisław Lem) 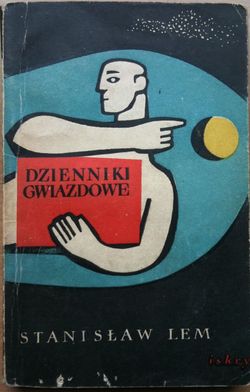 Consider the following use case: you are developing the Enteropia[2]-first Sepulka[3]-as-a-Service (SaaS) platform and have server code written in C++ that checks the value of requested sepulka’s squishiness received over the wire and, if the value is invalid, logs it and returns an error to the client. Squishiness is passed as a single byte and you want to format it as a 2-digit hexadecimal integer, because that is, of course, the Ardrite[1] National Standards Institute (ANSI) standard representation of squishiness. You decide to try different formatting facilities provided by C++ and decide which one to use for logging.

The code is a bit verbose, isn’t it? You also need to pull in an additional header, <iomanip>, to do even basic formatting. But that’s not a big deal.

However, when you try to test this code (inhabitants of Enteropia have an unusual tradition of testing their logging code), you find out that the code doesn’t do what you want. For example,

Which is surprising for two reasons: first it prints one character instead of two and second the printed value is wrong. After a bit of debugging, you figure out that iostreams treat the value as a character on your platform and that the extra newline in your log is not a coincidence. An even worse scenario is that it works on your system, but not on the one of your most beloved customers.

Can the Ardrites do better than that?

Surprisingly, the answer comes from the ancient 1960s (Gregorian calendar) Earth technology, format strings (in a way, this is similar to the story of coroutines). C++ had this technology all along in the form of the printf family of functions and later rediscovered in std::put_time.

What makes format strings so useful is expressiveness. With a very simple mini-language, you can easily express complex formatting requirements. To illustrate this, let’s rewrite the example above using printf:

Isn’t it beautiful in its simplicity? Even if you’ve somehow never seen printf in your life, you can learn the syntax in no time. In contrast, can you always remember which iostreams manipulator to use? Is it std::fill or std::setfill? Why std::setw and std::setprecision and not, say, std::setwidth or std::setp?

A lesser-known advantage of printf is atomicity. A format string and arguments are passed to a formatting function in a single call which makes it easier to write them atomically without having an interleaved output in the case of writing from multiple threads.

In contrast, with iostreams, each argument and parts of the message are fed into formatting functions separately, which makes synchronization harder. This problem was only addressed in C++20 with the introduction of an additional layer of std::basic_osyncstream.

However, the C printf comes with its set of problems which iostreams addressed:

Safety: C varargs are inherently unsafe, and it is a user’s responsibility to make sure that the type of information is carefully encoded in the format strings. Some compilers issue a warning if the format specification doesn’t match argument types, but only for literal strings. Without extra care, this ability is often lost when wrapping printf in another API layer such as logging. Compilers can also lie to you in these warnings.

Extensibility: you cannot format objects of user-defined types with printf.

With the introduction of variadic templates and constexpr in C++11, it has become possible to combine the advantages of printf and iostreams. This has finally been done in C++20 formatting facility based a popular open-source formatting library called {fmt}.

As you can see, the formatting code is similar to that of printf with a notable difference being {} used as delimiters instead of %. This allows us and the parser to find format specification boundaries easily and is particularly essential for more sophisticated formatting (e.g. formatting of date and time).

Unlike standard printf, std::format supports positional arguments i.e. referring to an argument by its index separated from format specifiers by the : character:

Otherwise, the format syntax of std::format which is largely borrowed from Python is very similar to printf’s. In this case format specifications are identical (02x) and have the same semantics, namely, format a 2-digit integer in hexadecimal with zero padding.

But because std::format is based on variadic templates instead of C varargs and is fully type-aware (and type-safe), it simplifies the syntax even further by getting rid of all the numerous printf specifiers that only exist to convey the type information. The printf example from earlier is in fact incorrect exhibiting an undefined behaviour. Strictly speaking, it should have been

Which doesn’t look as appealing. More importantly, the use of macros is considered inappropriate in a civilized Ardrite society.

Following a popular trend in the Ardrite software development community, you decide to switch all your code from std::uint_least8_t to something stronger-typed and introduced the squishiness type:

Also, you decide that you always want to use ANSI-standard formatting of squishiness which will hopefully allow you to hide all the ugliness in operator<<:

Then you decide to add another important piece of information, sepulka security number (SSN) to the log, although you are afraid it might not pass the review because of privacy concerns:

To your surprise, SSN values in the log are wrong, for example:

After another debugging session, you realize that the std::hex flag is sticky, and SSN ends up being formatted in hexadecimal. So you have to change your overloaded operator<< to

A pretty complicated piece of code just to print out an SSN in decimal format.

std::format follows a more functional approach and doesn’t share formatting state between the calls. This makes reasoning about formatting easier and brings performance benefits because you don’t need to save/check/restore state all the time.

To make squishiness objects formattable you just need to specialize the formatter template and you can reuse existing formatters:

You can see the message "Invalid squishiness: {}, ssn={}\n" as a whole, not interleaved with <<, which is more readable and less error-prone.

Now you decide that you don’t want to log everything to a stream but use your system’s logging API instead. All your servers run the popular on Enteropia GNU/systemd operating system where GNU stands for GNU’s, not Ubuntu, so you implement logging via its journal API. Unfortunately, the journal API is very user-unfriendly and unsafe. So you end up wrapping it in a type-safe layer and making it more generic:

Now you can use log_error as any other formatting function and it will log to the system journal:

The reason why we don’t directly call sd_journal_send in log_error, but rather have the intermediary vlog_error is to make vlog_error a normal function rather than a template and avoiding instantiations for all the combinations of argument types passed to it. This dramatically reduces binary code size. log_error is a template but because it is inlined and doesn’t do anything other than capturing the arguments, it doesn’t add much to the code size either.

The std::vformat function performs the actual formatting and returns the result as a string which you then pass to sd_journal_send. You can avoid string construction with std::vformat_to which writes to an output iterator, but this code is not performance critical, so you decide to leave it as is.

Finally you decide to log how long a request took and find out that std::format makes it super easy too:

This writes both the duration and its time units, for example:

std::forma supports formatting not just durations but all chrono date and time types via expressive format specifications based on strftime, for example:

std::format doesn’t stop with C++20. The ISO Committee and C++ experts have a bunch of additions to this powerful library component. Here’s a quick overview of changes that we’ll get:

As you can see, a lot is going on in this area!

In the process of developing your SaaS system you’ve learnt about the features of C++20 std::format, namely format strings, positional arguments, date and time formatting, extensibility for user-defined types as well as different output targets and statelessness, and how they compare to the earlier formatting facilities.

Note to Earthlings: your standard libraries may not yet implement C++20 std::format but don’t panic: all of these features and much more are available in the open-source {fmt} library}. Some additional features include:

All of the examples will work in{fmt} with minimal changes, mostly replacing std::format with fmt::format and <format> with <fmt/core.h> or other relevant include.

If you like to read more about std::format here are some good resources:

The picture and references come from the book [Star Diaries]{.underline} by Stanislaw Lem.